Share a memory
Obituary & Services
Tribute Wall
Read more about the life story of Edmund and share your memory.

Edmund Eugene Taylor, III, 98, Indianapolis, passed away on Thursday, December 1, 2022.  He was born on May 30, 1924 in Eaton, Indiana.   Edmond was an electrical engineer and radio historian.  He was preceded in death by his parents, Howard and Guila Taylor and sister, Patricia Taylor Pivnick and her husband, Herbert; he is survived by niece, Lauren Pivnick and many cousins and dear friends.

Ed was a graduate of Muncie Central High School Vocational Division, specializing in the fields of electricity and radio; he also studied radio and television engineering at Purdue University extension in Indianapolis.  For 45 years, Ed oversaw the electrical metrology laboratory for the P.R. Mallory Company, retiring in 1989.  As a senior metrologist at the Indiana headquarters, he maintained the validity of electrical standards used in all Mallory manufacturing facilities in the United States, Canada and Brazil.  The Mallory company holds two of his patent disclosures.

In 1983, Ed received the degree of Dr. of Science in Electrical Engineering (D.Sc.E.E.) from Sussex College of Technology in England.  His doctoral thesis was based on research and development of the world’s first mechanically scanned television system using all solid-state electronics.  His monograph Taylorvision was published in 1984, and in 1978 he received the Antique Wireless Association Taylor Award (no relation) for documenting early television equipment.

Dr. Taylor was also the author of numerous published articles and reviews on the history of wireless, radio and television.  He was listed in Who’s Who In America, Who’s Who in the Midwest, and Who’s Who in Technology Today.  He owned the Taylor Electrical Laboratory which designed and maintained electrical test equipment and instrumentation and established the Ed Taylor Radio Museum to house his collection of antique wireless, radio and electrical artifacts and memorabilia.  An avid collector of books of all kinds, his technical resource library alone held over 2,000 volumes of scientific material.

A love of music was something Ed shared with his sister, Pat.  As a youth, he studied organ technique with Mrs. Pearl McDonald in Muncie, Indiana, and later mastered the harpsichord and Theremin.  He maintained longtime memberships in the Instrumental Society of America and the Indianapolis Radio Club.  He was founder of the Indiana Historical Radio Society and was affiliated with the Antique Wireless Association, Sports Car Club of America, Indiana Jaguar Club, Indiana State Museum Foundation, Historic Landmarks Foundation of Indiana, the Museum of Art, as well as other civic organizations.

Remaining active and engaged throughout his life, Ed continually sought opportunities for learning and sociability well into his later years.  Deeply loved and admired by friends and family “Doc” Ed Taylor was an extraordinary person.  His expansive knowledge of how things work (and how to fix them), his ever-present wit, creativity, generosity, grace and elegance will be remembered fondly and be genuinely missed.

There will be no services or calling.  Inurnment will be private in Union Cemetery, Eaton, Indiana.  Memorials may be directed to the charitable or community organization of your choice.

To send flowers to the family or plant a tree in memory of Edmund Eugene Taylor, III, please visit our floral store. 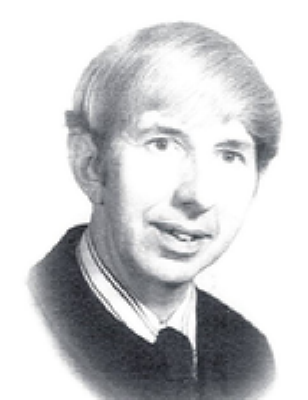 Look inside to read what others
have shared
Family and friends are coming together online to create a special keepsake. Every memory left on the online obituary will be automatically included in the book.

Family and friends are coming together online to create a special keepsake. Every memory left on the online obituary will be automatically included in the book.

You can still show your support by sending flowers directly to the family, or by planting a memorial tree in the memory of Edmund Eugene Taylor, III
SHARE OBITUARY
© 2023 Lauck & Veldhof Funeral and Cremation Services. All Rights Reserved. Funeral Home website by CFS & TA | Terms of Use | Privacy Policy | Accessibility